I think it's pretty obvious the whistleblower is a Clinton. That much we know, Why would acting director Maguire even investigate the complaint if he knows Trump hasn't done anything wrong. Why not out the blower on Breitbart and club him in the face with a dinosaur bone Flintstone style?  We could make lil' Adam Schiff watch.

Curt if Trump steps down, who becomes our leader next? Is it Melania or you? (I hope it's both of you!, your brains and her class). You've always been a great friend on Ukraine!
-Yuri, Kiev 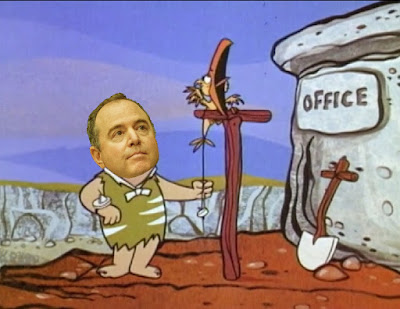 
You can’t spell whistleblower without blow. They can’t stand that Trump has drained the swamp and they just want him gone. Nobody outed Obama as an islamofacist Isis member, which seems worse to me than asking the Ukraine to share gossip about Biden’s alive son. (I know there’s a dead one, but I’m not good with libtard names).
Pretty sure Pence gets the nod, but I am ready to serve as his vice. It would be an honor to bash the gays and ladies alongside him! But this won’t go anywhere-because Trump is the top dog...he’s 100% above the law.

Why the hell else would anyone agree to be the president? -Curt