Dear Curt, I read this Shonda quote on some site and wondered how you mistook your wife for Cindy McCain and if any hilarity ensued?"So when he started to walk away, he grabbed Cindy's hand. She didn't seem to mind and went along with it," said Shonda. "But when he realized what he was doing, he held up their hands and said, 'Hey, Shonda, look at this!' Suddenly, Richard grabbed my hand and I said, 'Don't worry, I'm being taken care of."
Thanks,Megan in Los Angeles
Dear Megan, First of all they are both beautiful women, God surely broke the mold after making those two! And really, if you line them up next to each other, they have similar curves, blonde hair and wonderful, powerful husbands. Yes, Cindy is a bit older than Shonda, but she sure has aged well! I'll be a lucky man if Shonda ages the same way. I'm sure she will, after the cancer scare, she hasn't so much as watched a movie with the sun in it without slathering herself in various sunblocks and sunscreens. She wears a hat in the shower in case the water has been exposed to sunlight. So in terms of sun making her age quickly? We've got that covered. That wasn't even the funniest part of the story, the great part is when I got back to the hotel room (Shonda had to fly out for a charity event) and there was Cindy, splayed out on my bed wearing nothing more than a Red Sox hat and a Nun's Habit. I know what you're thinking, but she confused my room with John's. See he was staying in 413 and I was staying in 701...They both add up to 8. Totally understand the mistake! Thought you might enjoy the rest of the story! Go McCain! Go Sox! -Curt 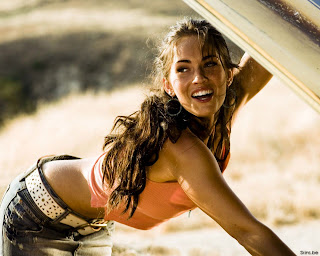