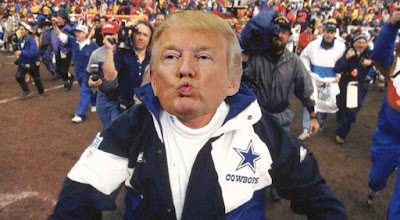 Curt,
A friend asked me if I was going to watch America's team play this weekend. He said they were "great again." Does Trump have a sporting team I don't know about? I also hate whoever they are playing. Newt, Dallas 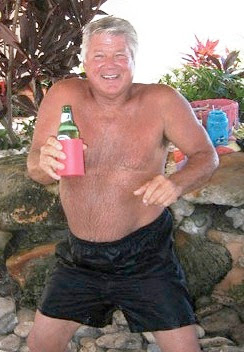 Newt,
Yes, in fact the president and the rest of America do have a team. They're called the Cowboys and they're going to the Superbowl. If they don't win it was because Killary leaked the playbook to the Commies, who fed it to Aaron Rogers with cheese.

Donald Trump and the Old Cowboys have a lot in common. They party, whore about and win. This year's team is no different. Dak is their quarterback's name and he stole Tony Romo's job which is okay because that guy is boyband pretty and bangs women hotter than Melania (that's unAmerican, like her).PS. if they get to the Superbowl, Tom Brady will eat their children. -CURT
at 13 January