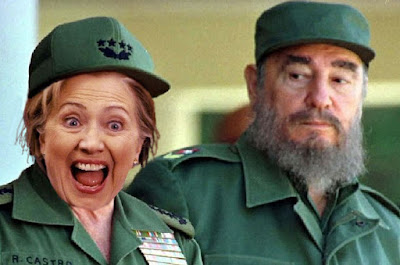 Rich,
Yes, I believe he did. (Hussein) Obama made all Cubans American citizens last year so they could leach off of the Affordable Care Act like true filthy communists. As a new American immigrant, Castro was able to vote and now he's dead. Coincidence? I seriously doubt it. Killery will now be able to rig the 'election' in Cuba just like she did in the 1 or 2 states she won. She'll be running that island like the White House Travel Office in no time, because for some reason she can't just sit at home and bake cupcakes like women are supposed to do. I stand with Florida. -Curt
at 26 November